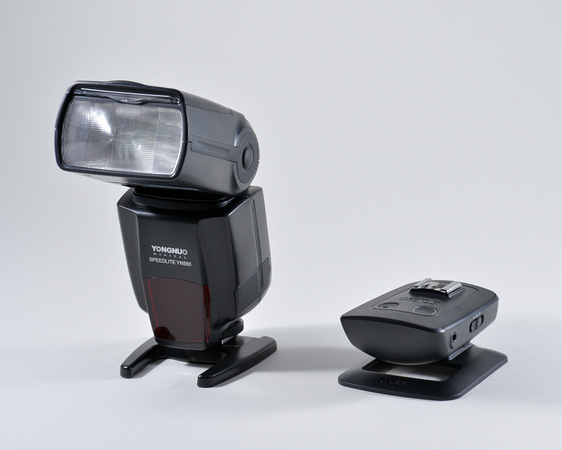 There comes a time in every photo addicts life when you realize that the pop-up flash on your camera just won't pass muster. Sure, you'll get a lot of light, but it's like spraying a fire hose at a petunia...sure, it got wet...but... You can always get an on-camera strobe to slide onto your hot shoe, and maybe bounce its light off the ceiling or wall. But you never really get that realistic look to your shots until you can imitate the natural world and the light around it by placing flashes away from your camera, angling light at your subject. When you control the light, you not just illuminate the subject but add depth and character.

I often say that "Light shows the subject, but shadows tell the story." For this reason, I, 99.99999% of the time (or somewhere thereabouts) use off-camera flash. This historically has been a cost-prohibitive thing to do for many, but not any more...it can though take a little more work on your part, but the effort is well worth it, and the price quite pleasingly low.

As you may know, I'm a Nikon shooter, and I love using Nikon's "speedlights", those portable strobes you can place on a camera, or mount high above in light stands with modifiers like softboxes. In the Nikon world of Nikon only things, you'd end up spending a chest grabbing, breathtaking $320 (or more) for each of your speedlights, like the SB-700. Sure, those powerful little puppies are my first lights of choice, and I tend to use two or three of them on most portrait shoots, along with an SU-800 that runs another $250...if opting for the Nikon route. I use this setup most of the time for various reasons, but there is a much cheaper alternative using simpler speedlights and radio controlled remotes.

The picture above shows the budget friendly alternative setup I'll discuss in this blog: a simple Yongnuo YN-560 speedlight, which runs less than $70, and a pair of Cactus Wireless Triggers, which run about another $70 for a set of two (one for transmitting from the camera, and one for receiving at the speedlight). For the price of just one Nikon speedlight and one commander ($320 + $250), you can buy 4 Yongnuo speedlights, plenty of wireless triggers, and still have plenty of dough left over to spend on other gear like lightstands, umbrellas, reflectors, and more. So, why, you might ask, do I even bother with the Nikon setup with its exorbitantly high price? Each setup has their place, and one sometimes outdoes the other for the specific need at hand. 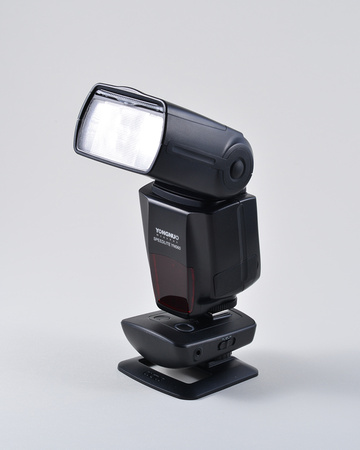 First, let me point out that the pictures above and to the left (showing the Yongnuos and Cactus triggers), were actually shot with two Yongnuo's using three Cactus triggers (one on the camera to transmit and the other two on the speedlights). I shot these pictures just like I showed in this blog, but instead of Nikon speedlights, I used this less expensive setup. I opted for this cheaper alternative for a good reason:

Nikon speedlights and commanders use Nikon's Creative Lighting System, CLS. With this, each device (camera, speedlight, or commander) uses an automation technology known as TTL: Through The Lens...what you see is what gets developed (most of the time) as all these devices talk to each other to figure out how best to light the subject you're focusing on, and the settings you've selected for exposure, aperture, ISO, etc. from your camera. So when shooting people, unless for a simple headshot where the subject is only posed once or twice, I tend to move things around a lot. If you've ever shot with me, you know my light stands are constantly on the go, putting subjects through multiple poses and lighting angles. In those cases, especially when the clock is ticking in a client's session, time is of the essence, and I need all the automation I can get. So for that reason, I opt for the higher price and high convenience of using the Nikon setup.

But when I'm shooting a product, still-life, or something similar that can be effortlessly shot with a simpler light setup, there is very little reason to waste the wear and tear on the more expensive gear. Bear in mind though that when opting for this less expensive route, TTL is gone. Instead, you gotta live in the world of manual lighting, requiring a bit more work on your end...forget about auto-pilot, you gotta grab the wheel and drive, but that can be a good thing.

So, using manual everything, how do I get the Goldilocks light, where it's not too dark, not too bright, but lit just right? Simple: I use a light meter, like this Polaris light meter. OK, I can hear the screams...OMG! that's another $170 bucks!!! And I understand. Yes, but it's money well spent, and still cheaper than a Nikon setup. Consider this:

So even when throwing in a light meter (a really, really good light meter btw), you're still at about half the cost of what it would take for a simple two-light setup in the Nikon world. Also, when you use a light meter with your strobes in manual mode, you have full control of your lighting setup. I've found more than once that TTL can turn things a bit flat, trying to outsmart a complex light setup I'm working with, which means I have to fiddle with flash compensation on the speedlights through the commander. In a sense, I'm still doing some manual work, even when using the fancy dancy TTL. With the manual setup, I am the photo god of light! ...well...maybe that's going a bit overboard...but you get the picture...or should I say, see the light...or other dry humored photo pun.

There is something else to consider about this less expensive setup as well: radio transmitter remotes (like the Cactus ones) can trigger your flashes no matter what the line of sight is. When using a commander with the Nikon speedlights, you're at the mercy of infrared beams doing all the talking. Step outside into sunlight, and good luck with that. Or, how about wanting to light something where your flash would work better around the corner, or outside a room, flashing light into a room? No line of sight there, so radio transmitters are the way to go. With radio triggers like the Cactus, you can place your speedlights anywhere you want and they'll go off, within range of a 100 feet or so, of course.

Ok, so by now I'm sure I've convinced you to click over to Amazon and buy those Yangnuo speedlights and Cactus triggers! (I'm making an assumption that I have this amazingly magical power or persuasion, so allow me this little fantasy). But now that you have saved copious coin on this cheaper setup, you are now faced with a wonderful problem: How are you going to spend your savings? Allow me to suggest getting a couple light stands with umbrellas that'll make this simple lighting setup complete, or perhaps also a couple softboxes. And of course, there is a whole world of backdrops and stands or reflectors that you can get dirt cheap as well. Or, maybe another lens?....all topics for another time in this never-ending obsession with photography and the gear that comes with it. 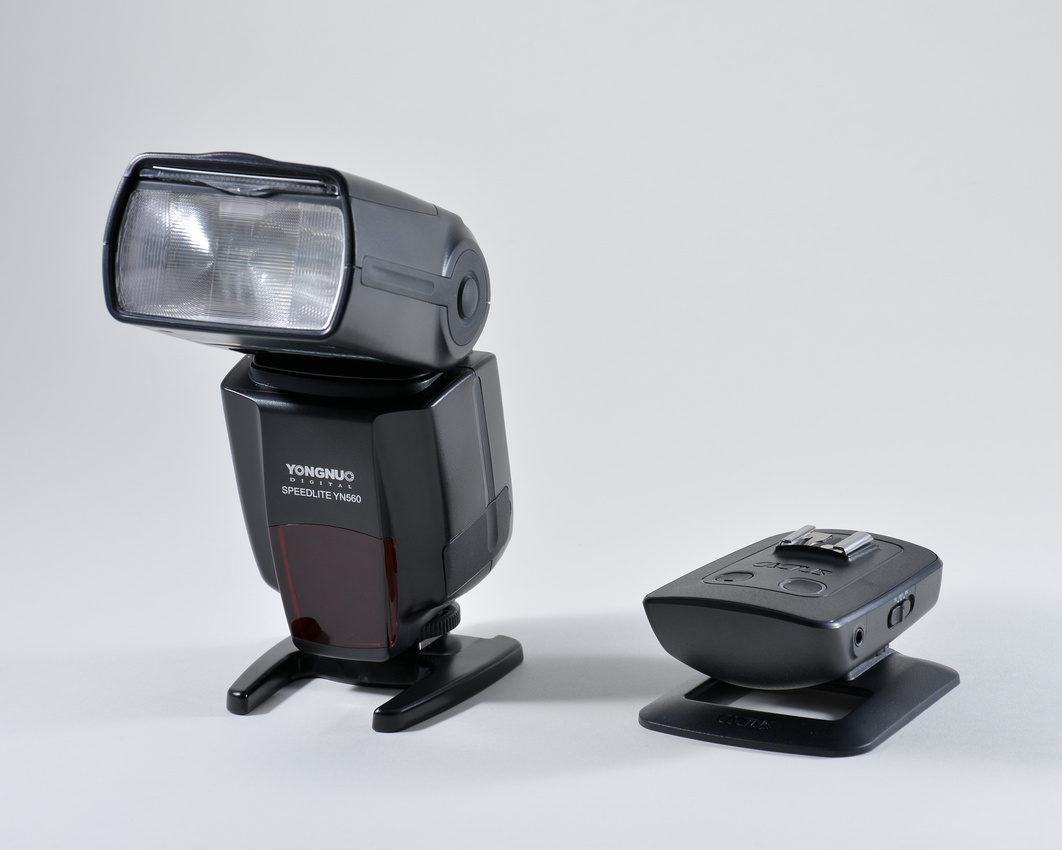