Winged Defender, the making of

How I shot the Winged Defender fantasy photo 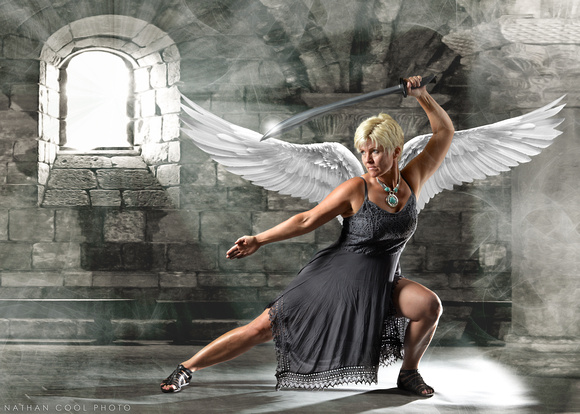 I absolutely love shooting fantasy photos, being able to expose a person's inner self through the art of photography and Photoshop. But I also love the challenge, requiring careful planning up front, ensuring the right lighting and set are used so that backgrounds, props, and other features can be added seamlessly in post-processing. After all, a fantasy photo has to look real to convey its story, otherwise, with just one simple mistake, hours of work can turn into a horrible hack job.

The Winged Defender, with Dina Enggaard, was a fantasy shot I'm proud of. Dina is in great shape, and can hold poses for extended periods, over, and over again for countless takes without tiring. With a desire to do some cosplay, Dina had a great idea of wearing this dress that looked modern yet Medieval with the bottom fringe and decorative patterns, posing with a sword in an angular form. To light this became a challenge, requiring 4 separate strobes to make sure the important details weren't overlooked, and ensuring that proper blending could be accomplished in post processing. It took many takes and trial-and-error to get the lighting right, but that is the most important element of making a shot like this: Patience. Don't settle for the first shot, strive for perfection, and keep trying. It took about 30 minutes of trying various lights, as well as minor tweaks in the placement of each light to get the effects we wanted. NEVER GIVE UP! Be patient.

Below is an original, unedited take from this shoot showing the 4 lights that were used:

All lights were trigger with Cactus wireless radio triggers (I live on these puppies!).

Unlike the old days of green-screening, I like to use a backdrop that can easily blend with other digital images. In this case I used my favorite, the Thunder Gray by Savage. This paper, which comes in a 12-yard roll, has hints of blue, and is minimally reflective. I then like to layer images in Photoshop using Soft Light or Overlay blending, which allows me to easily blend edges of the subject without having to cut them out (as would be the case when using a green screen), and allow shadows to remain. The background image, btw, was from the Grunge Collection by EZBackgrounds.com. I added other layers, including a gradient fill overlay centered on the window to create light ray effects, another layer for wispy smoke, another with a lens flare effect on the sword, and various adjustment layers (contrast, brightness and levels, each using masks so as to highlight only certain portions of the picture). And of course I used a layer for each wing as well, but the trick is in having a front layer portion of Dina, allowing the wings to be behind her (literally, in the layer ordering), and not look like hacked cut-outs. 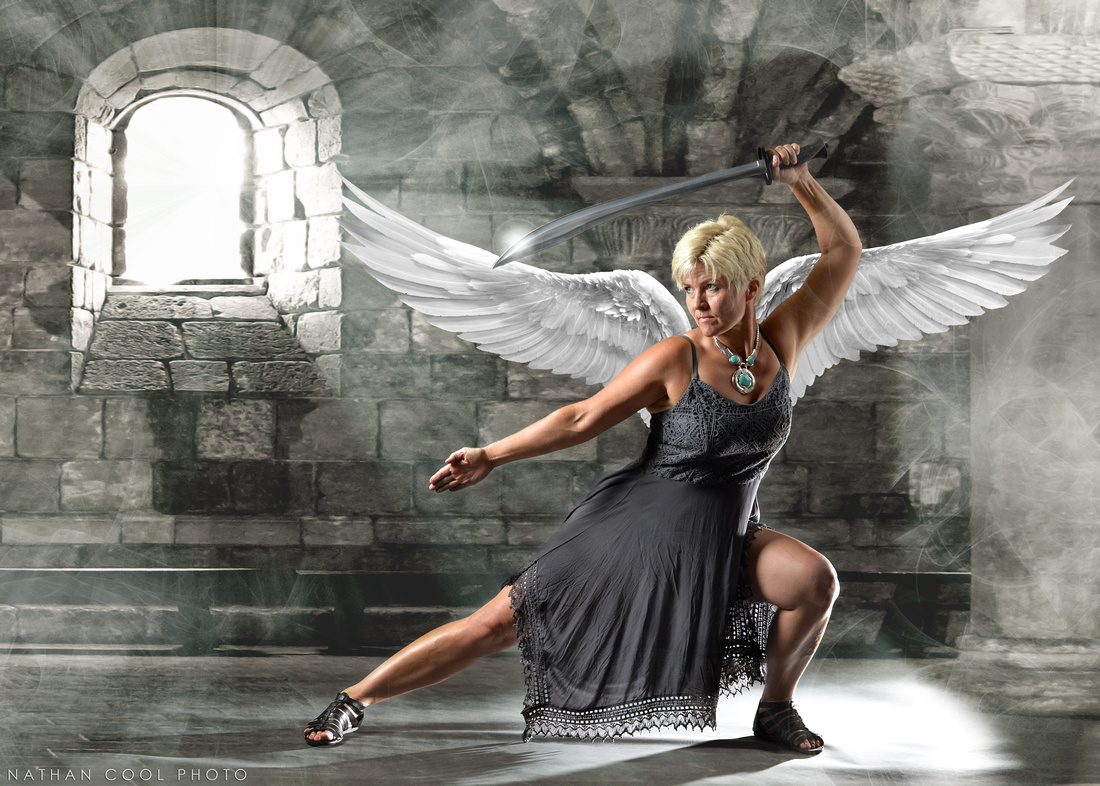 And here's another shot from this same shoot, same lighting, just different backgrounds: 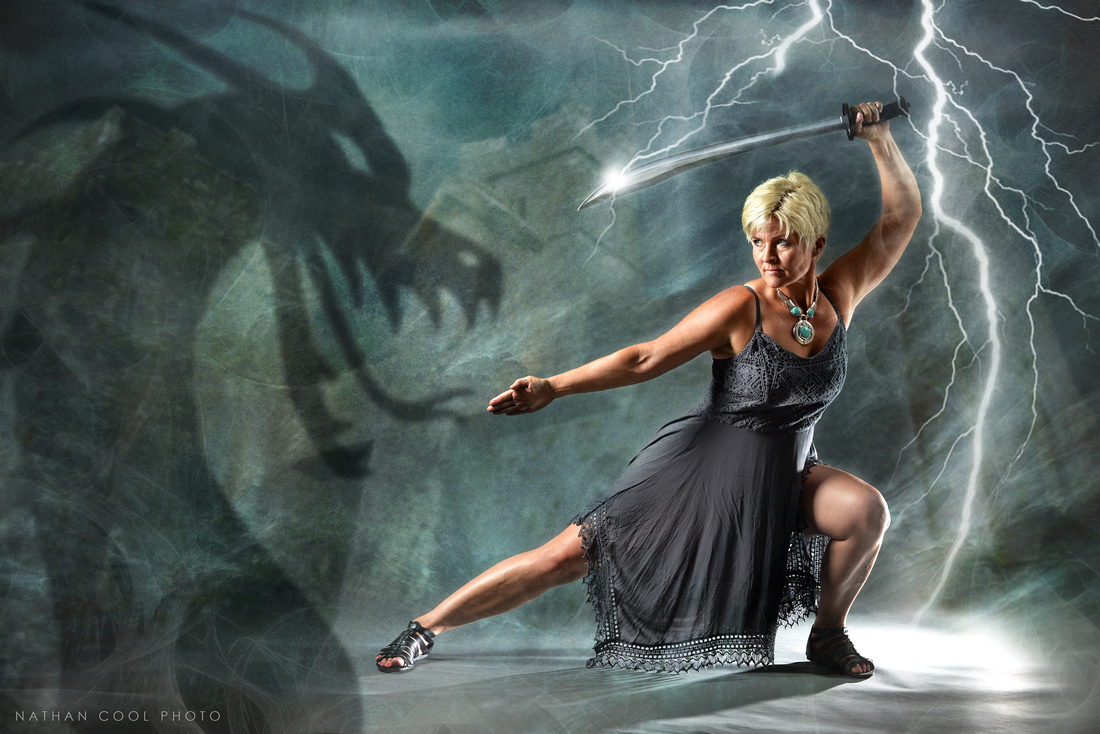 In this second shot, I used a variety of background images, but the main one is from the Goth Collection by Photo Coach.

And there you have it! It took a variety of lights, modifiers, and time with Photoshop. But the biggest and most important thing that made this shot happen is patience. No matter what you are shooting, try to always make it better, don't settle for the first shot, be critical of your work, and realize it may take a while with many takes to get the right shot.