Shooting Ultra-Wide on a Budget

Shooting landscapes, architecture, or other subjects at an ultra-wide angle can be an expensive endeavor, but it doesn't need to be if you know a few tricks. In this blog, I'll show you how I shot a variety of ultra-wide angled shots that go beyond what some of the most top of the line (and super expensive) lenses can capture.

Top of the line, ultra-wide angle lenses that are NOT fish-eye can cost a king's ransom. A true ultra-wide lens (something in the 12mm range) is expensive to manufacture to ensure low distortion. A cheap fish-eye can be fun, but if you want to capture an ultra-wide scene that won't be warped into something resembling a bad acid trip, you could opt for something like Nikon's 14-24mm f/2.8, which has a sticker shock of around $2000, or you could opt for a low quality ultra-wide lens like the Rokinon 14mm, which runs only $325 but has intense distortion (enough that straight lines turn into mustache-like waves, something that just won't cut it if you want to shoot anything with straight lines in it like a road, building, bridge, etc.).

Luckily, there is a cheaper, and more versatile option: Photomerge in Photoshop. In Photoshop, simply go to File -> Automate -> Photomerge. You'll see a dialog like this: 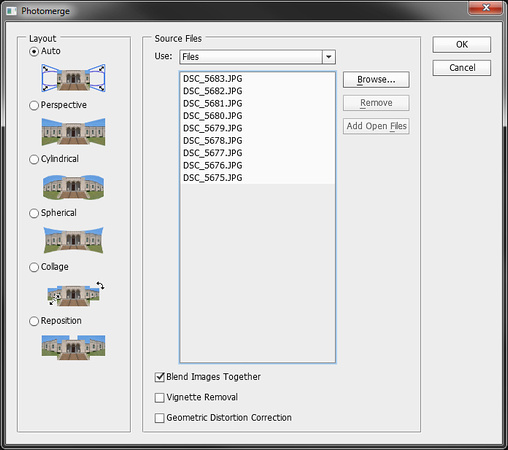 In this dialog you select multiple photos that you want to "merge", and Photoshop will create a large picture of all photos combined. Each photo needs to overlap the last for a clean merge.

This feature is typically used for creating panoramas, such as this one below, which consists of 10 separate photos:

Fall HorizonShot at Wildwood Park from the Stagecoach Bluff Trail looking south onto the border of Thousand Oaks (left) and Newbury Park (right).

In this pano, 10 separate shots were taken, each overlapping each other by about 30%. This resulted in a huge picture, one that I now have hanging above my desk, 4' wide at 300 dpi (printed on metallic paper btw...but that's a topic for another time). All I did was hold a camera on a monopod, shoot, turn a little, shoot, turn a little, etc. until I captured 10 shots encompassing about 180 degrees of view. Using the Photomerge feature, I used the Auto layout option and checked "Blend Images Together". Once you click OK, it can take a while for Photoshop to do its work, but the wait is worth it.

Photomerge also combines pictures horizontally AND vertically. This allows you to shoot not just a row of pictures, but also rows of "columns" of pictures. This picture, for instance, comprises 80 separate shots: 16 rows of 5 photo "columns": 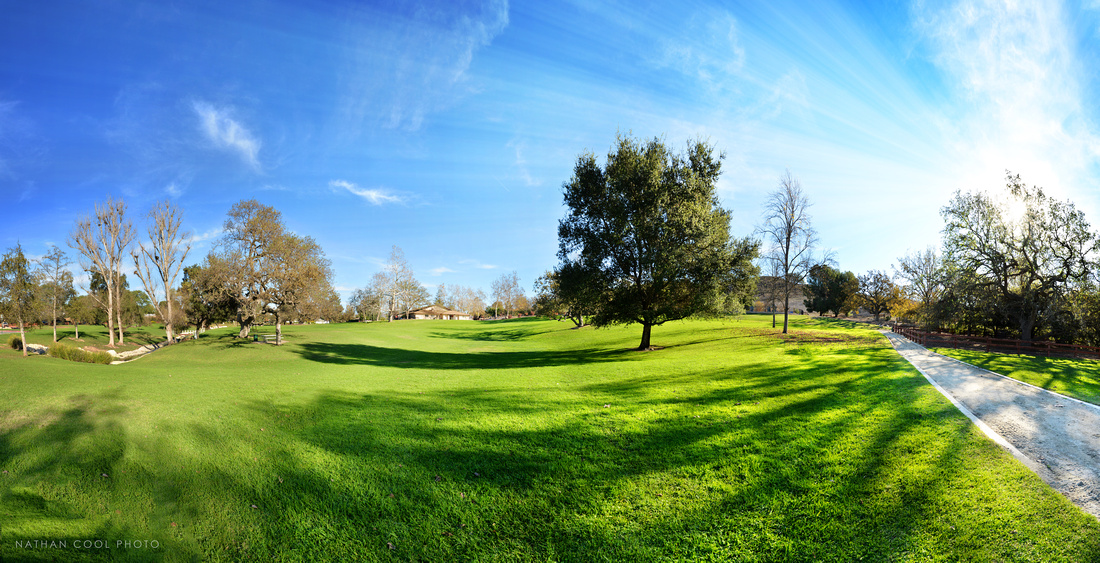 For this picture, I used a tripod and would start out shooting a column by tilting the camera down (click) tilt up a bit (click), etc., 5 times to shoot an overlapping column of pictures. Then I'd tilt the camera down to the starting position again, rotate it a bit, and shoot another "column" of pictures. The original picture is huge at over 20,000 pixels wide! This allows you to enlarge a picture like this into practically any size imaginable, and not lose quality (at 300 dpi this photo would be over 5' wide, and at 250 dpi nearly 7' wide).

Note though that when Photomerge is done, you'll end up with something that looks like this: 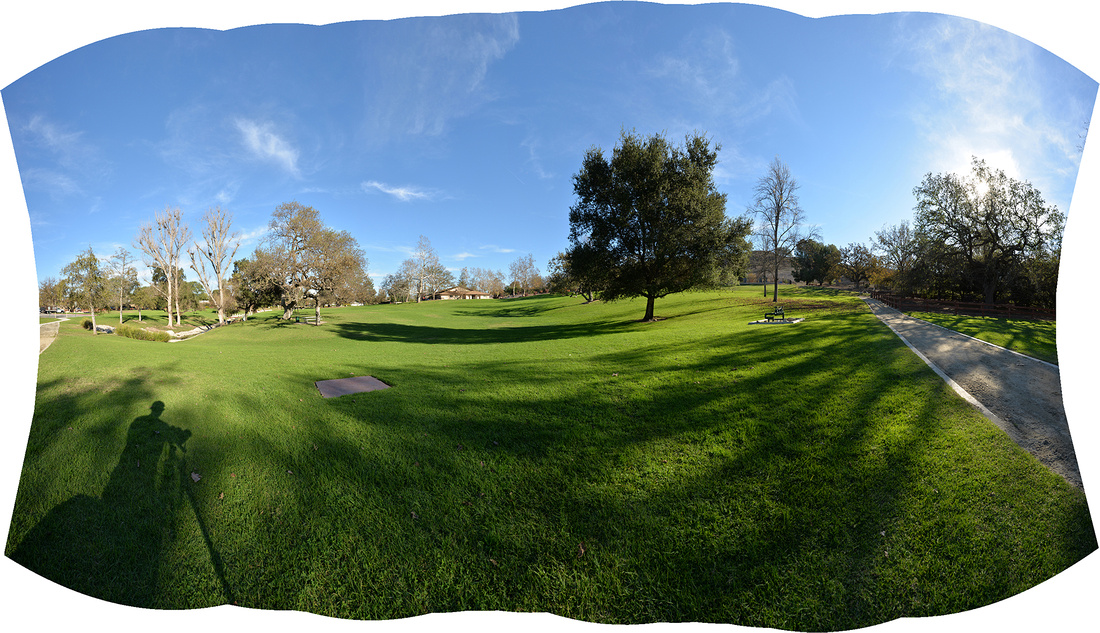 Not exactly the prettiest picture, although there is a selfie-shadow of me there :) Once Photomerge is done, you will need to flatten the image (right click on the layers, which will all be selected, and select "Flatten Image"), then crop the shot, maybe do some rotation and any of your favorite post processing techniques (compare it to the picture above it and you'll see all kinds of stuff I did to make it pop). But none of this would have been possible if not for the Photomerge feature.

What's also interesting with this technique is that there is little to no distortion (barrelling at the edges or otherwise, once you crop the picture, which has an illusion of being warped), which allowed me to take a nice, even architecture pic like this one, which has about 20 shots merged together:

If I had taken this with a wide angle lens, even at say 12mm, I might have gotten the piano and chair in the frame, but this shot shows a full 360-degree view of my downstairs. Although it appears to be one flat, continuous room, it is actually a 360° circle of the entire downstairs. So even if I had a high-end ultra-wide lens, there is no way I could have captured everything I did in this picture.

So what are you waiting for? Get out there and take some pictures and try this out! And don't forget to follow me on Facebook to stay updated on shots like these and blogs of how they were done.