How to shoot macro without breaking the bank 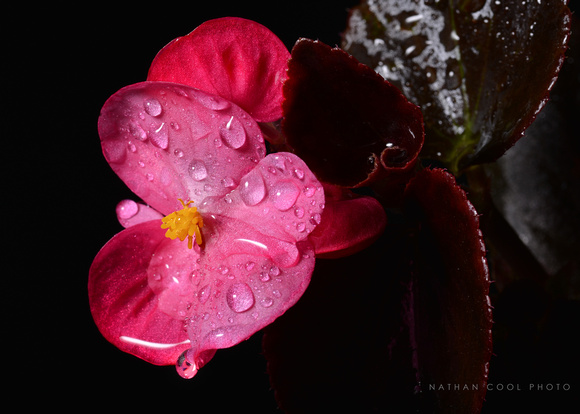 I absolutely love macro photography. I especially like shooting macro indoors. While it can be nice to get outside and soak up some natural vitamin D from time to time, macro indoors, like other types of studio work, gives full control of my lighting, and I never have to worry about wind. But unlike portraiture, high speed action or special fantasy photography, macro can be much simpler, with far less room needed for studio gear, and much lower equipment cost as well.

Don't get me wrong, you can spend a bundle on any kind of photo gear, including macro. But, I wanted to share with you my simple setup, which costs a fraction of what others run, as well as some tips and shortcuts, while get stunning shots you'll be proud of.

The Red Wax Begonia above is just one of a few shots I did this past week using a simple setup. Below are some other shots from that series, as well as the gear and setup used, which I'll discuss in more detail: 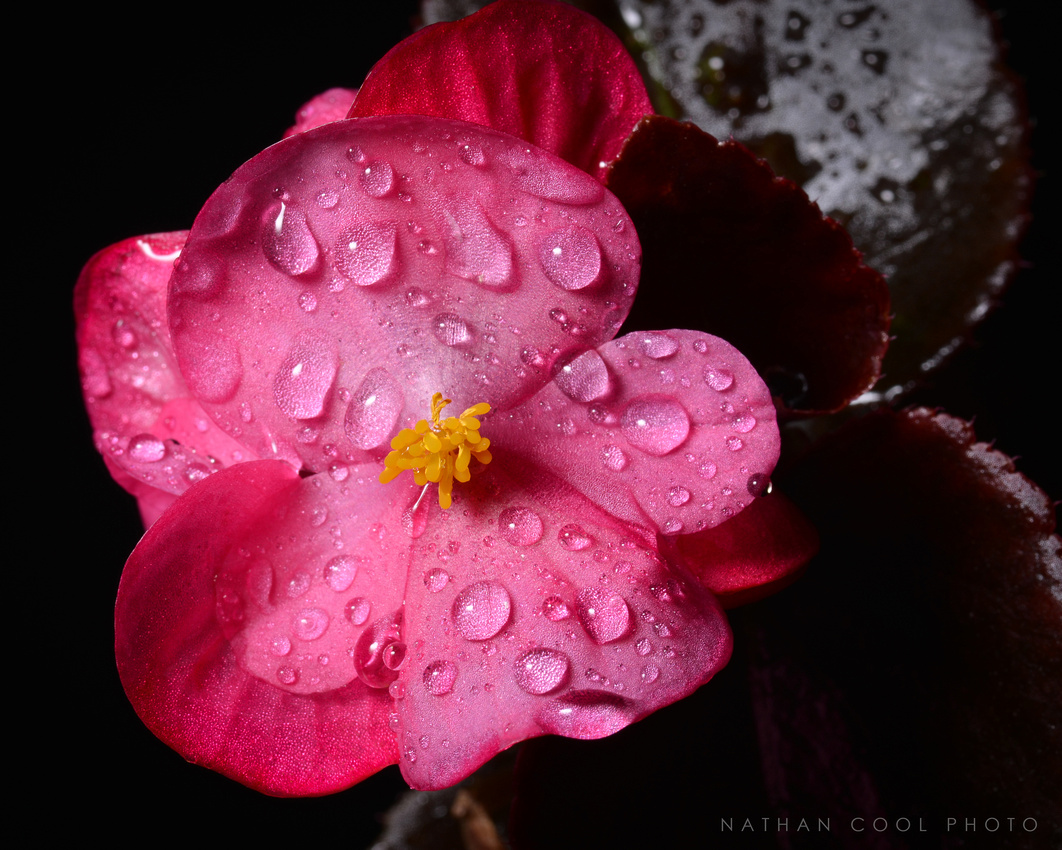 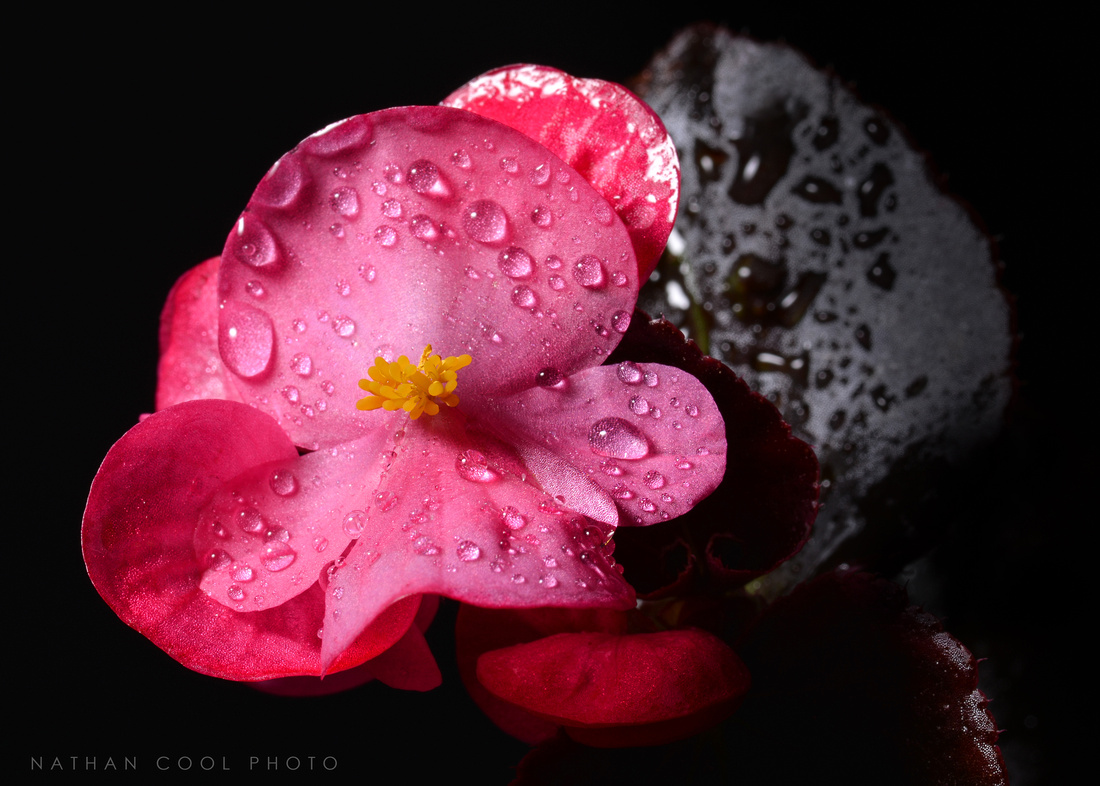 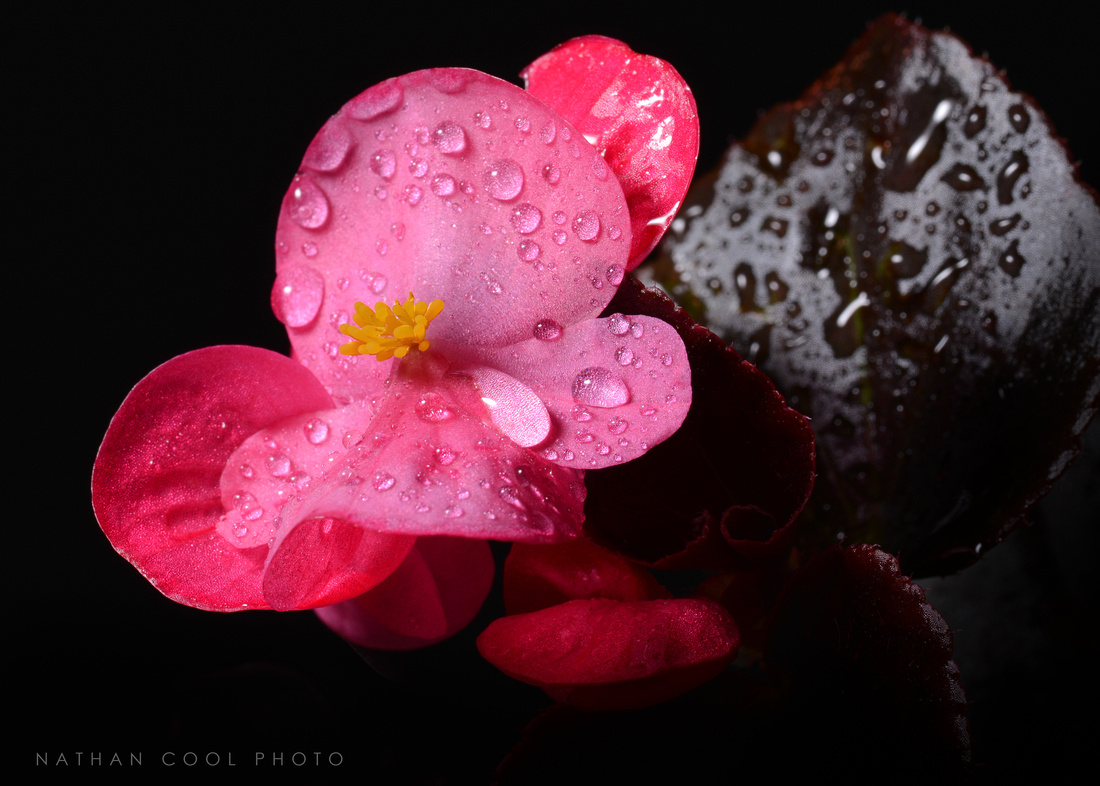 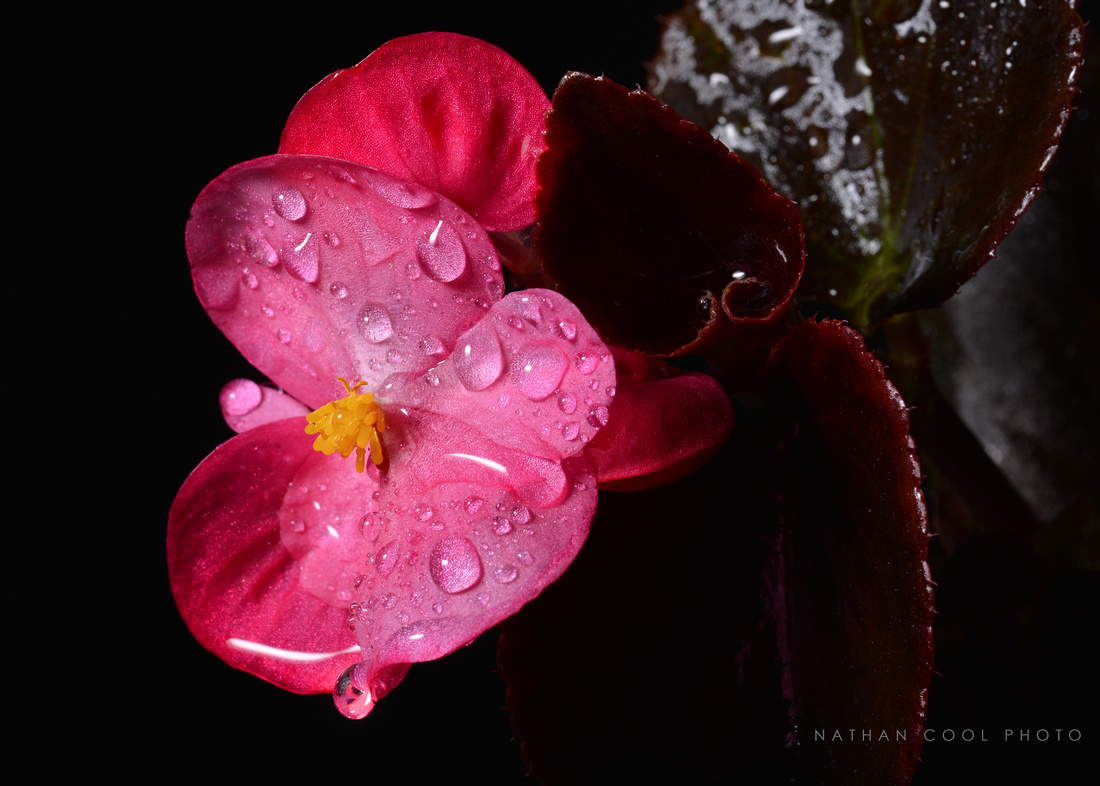 Pretty, huh? :) That little bagonia is not even an inch across. Its leaves (in the background) are bigger than the flower itself. I absolutely LOVE macro!

Macro photography though does pose some challenges: you need to focus very close so you'll need a lens (or attachments) to get within a foot or so of the subject, which then poses other issues for lighting, exposure, etc. But, working with a still subject, you can take your time with setup, not worry about a schedule, or being on location. There are many advantages to shooting macro, once you can get the right setup to make your pictures pop!

So without further ado, here is the setup I used: 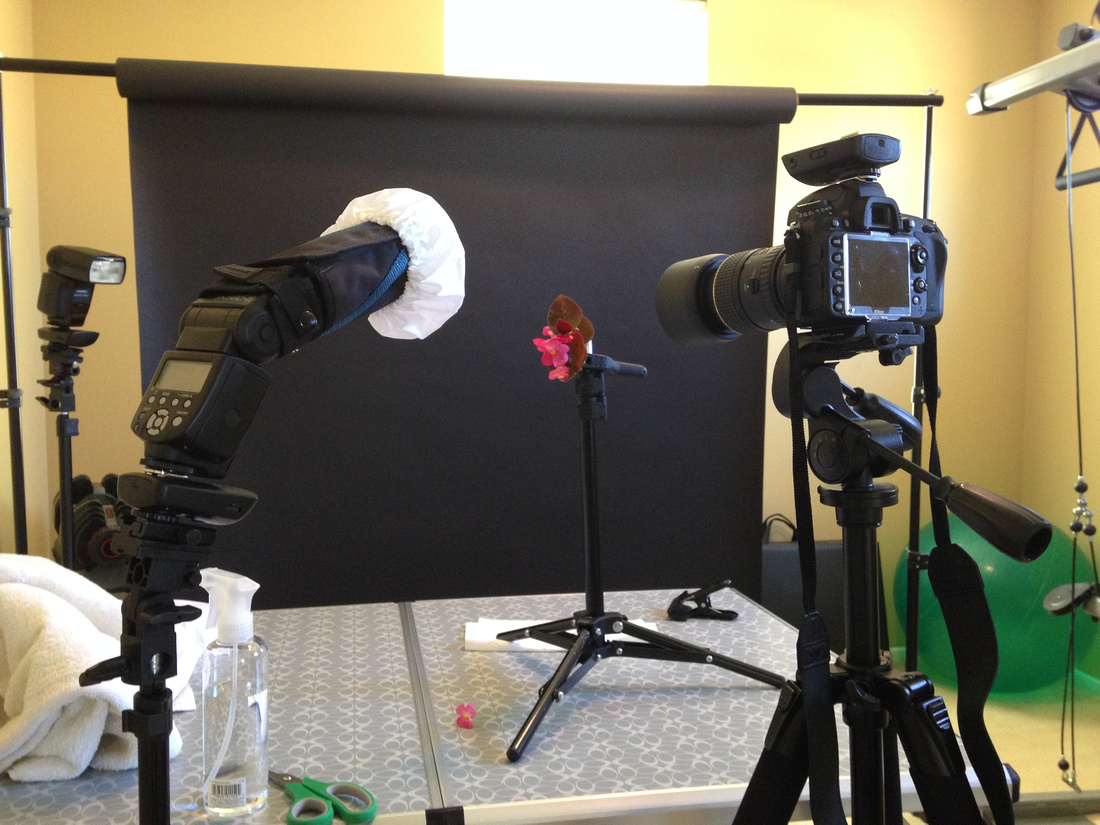 Here's a breakdown of the equipment I used, as well as some inexpensive alternatives and shortcuts:

And of course there are lightstands, tripod, and a black backdrop, but I won't bother wasting your time with that. But, I will recommend looking at this 3-light setup with stands and umbrellas by Cowboy Studio. This is an extremely inexpensive setup which will give you 3 light stands you can use for this and a lot of other setups.

There are also some other advantages to use the Cowboy Studio setup:

Remember though that if you're not using speedlights and using the natural light-type of setup from something like the Cowboy Studio setup mentioned above, you will need to shoot in a dark room so as not to get ambient light during time exposures.

Lastly, I just use the wireless remote to fire away. Move the camera and the subject, recompose, meter, and fire. Experiment with different camera angles and with the light in various heights and positions as well. Just remember to spritz water on the subject only when the camera is far away...no one likes a wet camera :)